Robert Stewart's company Stevenage Packaging was a founding member of the Stevenage Community Trust in 1990 and he has been a trustee, advocate and volunteer throughout the life of the Trust, serving for over 30 years. 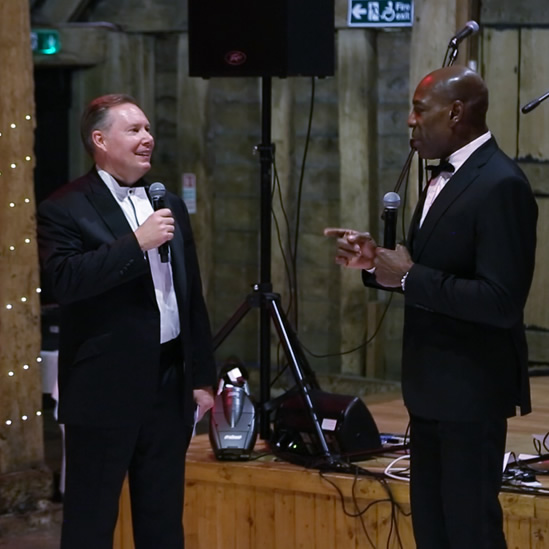 Robert is our third Chairman preceded by Ken Follett CBE and the late Lord David Cobbold.

Outside of the trust, Robert founded the volunteer only charity Uniqueness in 2003 and has personally spoken to over 6,000 students and works on a one-to-one basis with, young, prolific and persistent offenders. Uniqueness has worked closely with the Princes Trust, YMCA and the Hertfordshire Police.

In 2018 Robert was recognised for his work in the community and awarded a Paul Harris Fellowship award from The Rotary Club - for 'Service above Self'. Only 150 are awarded each year by the Board of Rotary International.  Recipients worldwide include President Jimmy Carter and Boris Yeltsin.

Robert is the current Chair of Solachra, representing residents from two of the most historic residential areas in Cambridge.

In 1989, Robert founded Stevenage Packaging, a global packaging solutions provider serving customers worldwide. Under his leadership, they have won a number of regional awards: New Business Enterprise Award, Against All Odds Award, Employee of the Year Award, with Robert awarded Business Person of the Year Award.

In the fitness sector, Robert founded Genetics Gymnasium Ltd in Stevenage in 1992. After a dynamic period of highly profitable growth he subsequently sold to Marco Goldschmied, business partner of Lord Richard Rogers in 1994.

Robert is also the owner of an East Midlands based manufacturer of 100% recyclable polythene products for the food industry, medical and NHS sectors.

He is also the founder and Managing Director of Trumpington Estates Limited specialising in office, warehousing and residential lettings, historic renovations and period new builds.

In our first 32 years, we gave out more than £2 million in grants to help local people and organisations.

We could not have realised this without the generosity of our supporters and our aim is to build on the these rock solid foundations and be even more impactful for our community over the next 30 years.Robert Stewart - Chairman